I'm delighted to welcome Rachel Brimble to my blog. 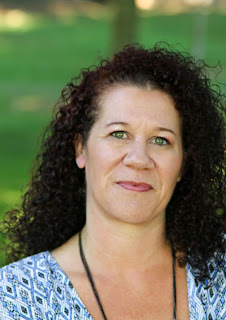 Hello Rachel. Over the years, we’ve met regularly through the Bath & Wiltshire Romantic Novelists’ Association Chapter meetings in Lacock, and I’ve come to consider you as a dear supportive friend who knows an awful lot about the do’s and don’ts of the writing world. Many an evening we’ve had a drink with fellow RNA members and shared the highs and lows of our experiences. Here are a few questions which will hopefully give your readers an insight into some of the things that matter to you.

Arabella: Are there any organisations, writing, or reader groups, you belong to? And, how do they support or help you in creating such wonderful, inspirational novels?
Rachel: Ah, thank you! I consider you a friend, too. As well as the RNA, I also belong to Romance Writers of America and find them equally as valuable as the RNA for support and industry knowledge.
I don’t belong to any other organisations, but I do have three critique partners who each read my books in the first draft stage. I have worked with them for over seven years now and their amazing feedback and advice is vital as I work through the writing of each book.

Arabella: Currently, what is your most favourite T.V. programme, and why?
Rachel:  Ooh, so many but I absolute love Outlander. I am reading the books (by Diana Galbaldon) as well as watching the TV series and both are enthralling and addictive. I would describe Outlander as a romantic, dramatic time-slip where the characters travel back and forth from Scotland in the 1960s to somewhere else each new series. So far, the TV programme has seen Claire (the heroine) travel to France and America in the 1700s as well as revisiting Scotland at the same time period.

Arabella: Who or what inspired you to write your latest release, A Rebel At Pennington’s?
Rachel: I have wanted to write a book about women’s suffrage for years, but the main character continually eluded me. I just couldn’t pinpoint the best heroine to tell her story, but as I was writing book 1 in the series, The Mistress of Pennington’s (both books can be read stand alone), a secondary character emerged, and I knew I had found the character I’d been looking for.
Esther Stanbury is a suffragist and continuing her dead mother’s fight for the vote – throughout the story she is torn between peaceful campaigning and militant as her efforts go on unfulfilled. When she meets Lawrence Culford a wealthy hotelier, widow and father, his mutual interest in the Cause brings them closer, leaving Esther conflicted between her work and love. 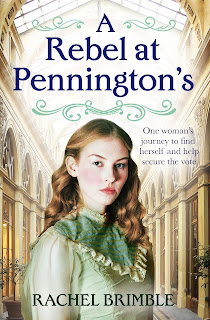 Arabella: If the person of your dreams, (husband/wife/partner/or superstar), were to take you out for the night, where would they take you and what would you do?
Rachel: I am lucky enough to have been happily married for almost twenty-one years so my husband is most definitely the person of my dreams! Our favourite night out is going for a meal, followed by some live music and a few glasses of vino! Ideally, we finish the night with a stay over in a posh hotel.

Arabella: When writing a book or chapter, which do you develop first: plot, characters, setting, or other…..and why?
Rachel: Most of the time my book inspiration starts with a setting and then it’s searching for a nugget of a story. Once I have an idea I think will stretch to 90,000 + words, I move on to completing character sketches for my hero, heroine and villain (if I have one).
This usually gives me their goals, motivations and conflicts and then it’s onto the actual writing. My process is to write the first draft from beginning to end without looking back – the difficult part comes in the following drafts!

Arabella: Where do you read? On the sofa, in bed, or ____?
Rachel: Everywhere! I’d say my favourite place is in bed or in a bubble bath. Bliss!

Arabella: Which do you prefer to wear: Slippers, stilettos, pumps, or boots?
Rachel: Absolutely love my boots in the winter and I almost always wear flip-flops in the summer. I usually have several pairs in different colours to match different outfits.

Arabella: What advice would you give to someone who is starting out on their writing journey?
Rachel: Write, write and write some more! Writing is a craft that can be learned and in order to learn you need to practise until you’ve written the best book you can. Next, submit it to an agent or editor! So many aspiring writers struggle to send out their work for fear of criticism or rejection. This is part of the process and cannot be avoided if you want to get published. Second piece of advice – allow yourself to write a crappy first draft. A filled page can be edited, a blank page can’t. Simple!

Thank you for joining me on Arabella's Blog and Chit-Chat, Rachel. You've whetted my appetite and I'm definitely going to have to read A Rebel at Pennington's to find out about Esther's conflict.
All the best, and happy-ever-after writing,
Arabella Sheen
arabellasheen.co.uk

Rachel lives with her husband and their two daughters in a small town near Bath in the UK. Since 2007, she has had several novels published by small US presses, eight books published by Harlequin Superromance (Templeton Cove Stories) and four Victorian romances with eKensington/Lyrical.
In January 2018, she signed a four-book deal with Aria Fiction for a new Edwardian series set in Bath’s finest department store. The first book, The Mistress of Pennington’s released July 2018 with book two coming February 2019.
Rachel is a member of the Romantic Novelists Association and Romance Writers of America and has thousands of social media followers from all over the world. To sign up for her quarterly and new release newsletter, click here to go to her website: https://rachelbrimble.com/
Blog
Twitter
Facebook
Instagram: https://www.instagram.com/rachelbrimbleauthor/?hl=en
Amazon Author Page:https://www.amazon.com/Rachel-Brimble/e/B007829ZRM/ref=sr_ntt_srch_lnk_1?qid=1490948101&sr=8-1
Goodreads:https://www.goodreads.com/author/show/1806411.Rachel_Brimble
Bookbub: https://www.bookbub.com/authors/rachel-brimble

Book Blurb:
One woman’s journey to find herself and help secure the vote. Perfect for fans of the TV series Mr Selfridge and The Paradise.


1911 Bath. Banished from her ancestral home, passionate suffrage campaigner, Esther Stanbury works as a window dresser in Pennington's Department Store. She has hopes and dreams for women's progression and will do anything to help secure the vote.
Owner of the prestigious Phoenix Hotel, Lawrence Culford has what most would view as a successful life. But Lawrence is harbouring shame, resentment and an anger that threatens his future happiness.
When Esther and Lawrence meet their mutual understanding of life's challenges unites them and they are drawn to the possibility of a life of love that neither thought existed.
With the Coronation of King-Emperor George V looming, the atmosphere in Bath is building to fever pitch, as is the suffragists' determination to secure the vote.
Will Esther's rebellious nature lead her to ruin or can they overcome their pasts and look to build a future together? 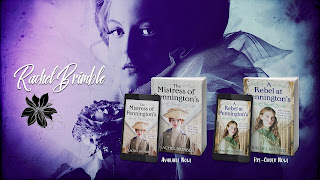