I’m delighted to welcome Judith Lynne to my blog.

Hello Judith – Thank you for joining me on Arabella’s Blog and Chit-Chat today. It’s always great to hear from authors and discover what inspires them to put words on a page and tell a story.
But before we discover more about your latest release, The Countess Invention, here are a few questions which will hopefully give your readers and followers an insight into some of the things that matter to you.

Arabella: Are there any organisations, writing, or reader groups, you belong to? And, how do they support or help you in creating such wonderful, inspirational novels?
Judith: The New Jersey Romance Writers have been great to me. I attended my first conference on the release day of my first novel, so it was like one big birthday party to me! And they have really great speakers on writing craft, they constantly impress and educate me.
I belong to several Facebook groups that have really helped me with marketing and all the things that go with it. As a first-time independent publisher, I would have been lost without them. Level Up Romance Writers is my favorite - the moderator, Dylann Crush, really gets us to share our little wins, and talk about everything in writing and marketing, and encourages us to network and support each other.
I’ve been a writer all my life. Friends I wrote with and shared fiction with 20 years ago are still my friends, fortunately, and they encourage me to keep going and sometimes give me feedback.

Arabella: Where do you read? Sofa or bed or ____?
Judith: Sofa AND bed, yes! Also on trains and planes and in waiting rooms - anywhere I’m not driving. I often read on my phone. I was a huge Kindle fan long before I had my own books published that way. Thank goodness for Whispersync.

Arabella: In your latest Regency release, The Countess Invention, who is your favourite character and why?
Judith: I always feel like I want to love both the hero and the heroine in any romance that I read, and I get annoyed when I don’t get the viewpoint of one or the other of them. So I really flesh out my heroes, and then I worry that I might go the other way: the hero could become the center of the book if I don’t watch out! I adore Oliver in The Countess Invention because I love both his finer qualities and his flaws. He adores women (which I love in a man) and he’s been terribly crushed by an awful family life and his experiences as a surgeon in the war; he needs to pull himself together and I am always rooting for him. Of course I also love him because I think he’s just what Cass needs: a man who isn’t shy about pleasure, and who supports her as who she is and in what she does.

Arabella: When writing a novel, how do you work? Are you a plotter or pantser?
Judith:  I am a pantser, proudly pantsing! I was never able to write a whole novel till I read Ralph Ellison talking about his classic novel “Invisible Man”, and he said it was just one thing after another, “sheerly happening”.  I wrote my first novels with that attitude in mind, and it was great, so freeing. I do feel like I have to plot my romance novels much more carefully. I know the reader wants to have that rollercoaster feeling you get with a really great romance!

Arabella: It’s your day off. The WIP (work-in-progress) is going to plan and you’re free to do what you like. Which would you prefer to do?
1) Spend a morning in the grounds of a stately home or historic building?
2) Find the nearest library and sit in a quiet corner with a research book?
3) Scour the local antique shops and flea markets looking for Regency bargains?
Judith: Hands down the research book. I had an idea when I started Not Like a Lady that there were so many wars happening in the Regency period that someone must come home with real war injuries, and that’s how it developed that Michael lost a leg and needed to learn how to ride a horse again. Now I can’t stop reading about the wars on the continent, with America, and in the West Indies, and recently I bought a book of letters of one of India’s governors who spoke at Parliament in 1813 on the reauthorization of the East India Company. I’m deep into this history now!

For Cass in The Countess Invention, I was able to find a wonderful article on the history of the first school for the deaf in London, and a lot of my development of her as a character, who her friends are, how she was raised, went from there. 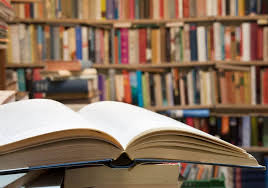 Arabella: We all have a long list of books we keep meaning to read but never have the time for --- which book is a must read for you this season?
Judith: I’m a huge fan of Eloisa James and I will catch up on her Wildes series - Say Yes to the Duke is at the top of my reading list right now. But I also just discovered Sue London’s Haberdasher series so I am going to read at least the first book of that series too! Those I can say for certain.

Arabella: Which historical locations, cities or buildings have given inspiration when writing your Regency novel(s)?
Judith:  I’ve been lucky enough to visit London a few times and I love it, so I bring its cobbled twisty side streets to mind when I write, and the way it smells in the rain. The Countess Invention takes place both in London and at Oliver’s family house in the country, because I also really love England’s countryside, which always seems to me perpetually green. The English countryside has those soft rolling hills, in contrast to Wales, which seems so vast and stony by comparison.
One of my goals is to expand my series beyond London and England a little, and I’d love to set a book in Spain; I love its hot dry green-gold landscapes and its architecture. And I’d love to have at least one character traveling farther abroad in my series!

Arabella: What about your future plans? Any books or series in the making?
Judith:  The “Lords and Undefeated Ladies” has a book 3 that should come out later this year, featuring a young lady who is poor and blind who becomes a duchess very unexpectedly. I hope that book, What a Duchess Does, won’t be the last in the series.
Some readers really love Anthony from the first book, Not Like a Lady; he appears in The Countess Invention and should appear in What a Duchess Does as well. If he keeps gathering fans, I’d like him to have his own book.
Then I have a second series of Regency romances that are more action-based that should launch this year as well. (The cover art is AMAZING - stay tuned!)

Judith – It was lovely having you as a guest on Arabella’s Blog and chit-chat, and thank you for sharing some of your writing secrets with us. I’m going to have to check out Whispersync. And I’ve already put in my request to join Level up Romance Writers on Facebook.
Best wishes, and good luck with your latest release, The Countess Invention
Arabella Sheen
www.arabellasheen.co.uk 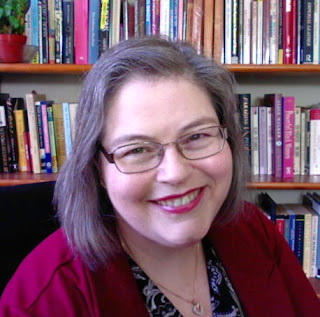 Judith Lynne loves stories of deep, lasting love, the kind you build on, the kind you fight for. Her characters tend to have deep convictions, electric pleasures, and sometimes, weaponry.She loves to write worlds where characters who are shaken by love, shaken down to their core, put out their hand... and love is there.A woman of serial obsessions, Judith Lynne lives in New Jersey with a truly adorable spouse, an apartment-sized domestic jungle, and a misgendered turtle.​Judith Lynne has done a lot of things, many of which include certificates. A professional nerd, she has at times been up to her elbows in linguistics, cybersecurity, perfume collecting, and bellydancing. A writer since age 9, her relationship with romance novels began with authors like Kathleen Woodiwiss and Rosemary Rogers, and survived for years on category romances and the great Suzanne Brockmann. When she discovered an Eloisa James novel in a bookstore, she read her first Regency romance; then when she had devoured all of Eloisa’s novels, she branched out and became a huge fan of authors like Grace Burrowes, Courtney Milan, Tessa Dare, and KJ Charles.

Mr. Cullen, the mysterious London inventor, is Miss Cassandra Cullen, and she does not want to get married.When her work requires her to meet a customer face-to-face, she enlists the help of kind Dr. Oliver Burke. Despite the risk to her secrets, she needs his help.Oliver Burke occupies himself with women and gin, trying to forget his soul-crushing family and the nightmares of the war. When his friend Cullen turns out to be a surprising young woman with surprising problems, for the first time, he dares to hope for a future.But he is fast learning all her secrets, such as her deafness, and the number of lives that are counting on her. And soon Cass learns that the dazzling Dr. Burke has secrets of his own.One shameless act leads to her father’s insistence that Cass stop playing at conducting business and get married. Now. Trusting Dr. Burke only leads her down a path of no return, one that leads to dizzying pleasure, devastating heartbreak... and forever love.


The Countess Invention is a passionate romance in which two people fight through family intrigue and all their own doubts to finally find each other.