I’m delighted to welcome Mick Arnold to my blog. 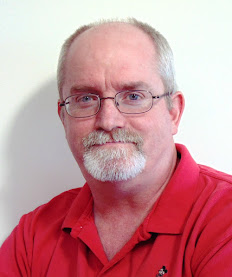 Hello Mick – It’s lovely to connect with you through the Romantic Novelists’ Association on a regular basis. I find the RNA to be a great place for authors and affiliates to meet – virtually and in-person – and a wonderful place where encouragement and "writerly” support can be found and shared. But before we discover more about your latest release, A Wing and a Prayer, here are a few questions which will hopefully give your readers and followers an insight into some of the things that matter to you.

Mick:  Good question to start with! The trouble is, whenever I’ve started a new story, I start with the good intent of planning, including of the characters. I’ll give them at least a first name and whether they are female of male. What they’re actually like, as in good or bad? Rarely are any of my characters totally bad, or at least that was the case with my romance stories. However, as I seem to have stumbled upon World War 2 Saga’s now then, yes, for my forthcoming, ‘A Wing and a Prayer’, I have two real ‘good’ baddies. I mean, they are bad as bad can get, within the constraints of the genre of course.  My protagonists aren’t virtuously good. I don’t believe anyone is 100% good. IMHO that would be too boring. Everyone has something hidden about them. Or is that only me? I’m still a learner on this genre, finding what I can and what I can’t do with a character I suppose.  Maybe I should be a better planner, rather than a pantser. 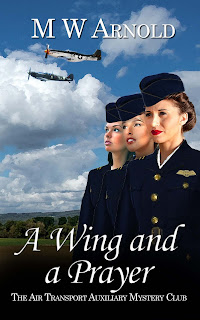 Arabella: A book has a beginning, middle, and an end. When penning your latest release - A Wing and a Prayer - which part did you find the hardest to write and why?

Mick:  For ‘A Wing and a Prayer’, the ending came to me first. That’s one of the reasons I got sucked into this genre. This seems to be usual with me. The idea will come, usually from some piece of music I’ve heard, and by the time I get to putting it down, I’ve got it down. That’s the easiest and always the hardest for me is the beginning. I tend to go through around three or four different first chapters, before settling on the one that allows me to really start the book. I guess this is where planning would come in handy, again. Saying that, each attempt is a variation on the same theme, that’s why the beginning is so hard for me. I’m very aware that it must ‘grab’ the reader and I’m my own worst enemy when it gets to putting down the words that will reel in the reader and keep them wanting to know more.

Mick:  One book? Can I only say I have one book that I must-read? I have so many favourite authors, across quite a few genres. Can I be cheeky and give you one from each of my favourite genres? I can! Most generous of you. In that case; from my adopted genre of sagas, I’d have to say, the second in Elaine Everest’s new series, ‘Christmas with the Teashop Girls’, out mid-October. From romance, ‘Christmas Wishes’, out mid-November.

Mick:  On a good day, I could eat all three, though not necessarily in that order. I’m afraid that I’m a fussy eater so the chocolate cake couldn’t have sprinkles or even cream on top, or as a filling. I could eat bananas until I pop, though I usually have trouble spelling it. I’m not really a big fan of fries and tend to only have a few with my burgers, which have to be plain. See, told you I was fussy!

Mick:  Persist. Simply, persist. Don’t expect to get published with your first book. It can and does happen, but so rarely, it’s like hen’s teeth. Write whenever you can and wherever you can, if it comes to that. Don’t listen to anyone who says, ‘I could write a book, only I don’t have time.’ Everyone has different responsibilities and if everyone said they don’t have time, they’d be no books. I’m perfectly aware that most every author will give the same response, that doesn’t make it any less true. 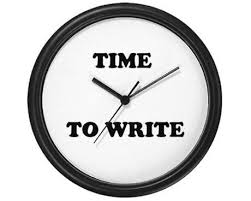 Mick:  By the time this comes out on your blog, Arabella, I’ll have finished the second in this series, the follow up to, ‘A Wing and a Prayer’, though I’ve no title for this as yet. The third is, despite what I’ve said about being a pantser, is pretty much planned out. This is more by luck than planning though, as I’ve scenes and situations that could have appeared in book 2, but would have, for space reasons, have been foreshortened. However, that’s worked out nicely for book 3. All in, there are probably going to be at least 4 or 5 books in this series. That’s assuming all works out with my publisher. Before I signed the contract for, ‘A Wing and a Prayer’, I’d got about halfway into a saga set in a different branch of the women’s civilian services. However, I can’t say any more about it as yet. You know the wartime saying, the walls have ears!

Thank you very much for having me Arabella, I’ve very much enjoyed it.

Mick, it was fun hosting you on the blog. FYI – You can have my portion of bananas. Usually, I can only manage half of one. Now…French fries are a different dilemma. I might try and persuade you to do a swap. How about exchanging my banana for your fries? J

Best wishes and good luck with you latest release - A Wing and a Prayer and the rest of the series. 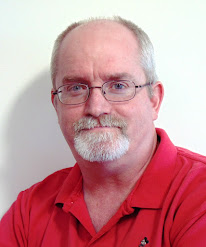 Mick is a hopeless romantic who was born in England and spent fifteen years roaming around the world in the pay of HM Queen Elisabeth II in the Royal Air Force before putting down roots and realizing how much he missed the travel. This he’s replaced somewhat with his writing, including reviewing books and supporting fellow saga and romance authors in promoting their novels.

He’s the proud keeper of two Romanian Were-Cats, is mad on the music of Brian Wilson and the Beach Boys, and enjoys the theatre and loving his Manchester-United-supporting wife.

Finally, Mick is a full member of the Romantic Novelists Association. A Wing and a Prayer will be his second published novel, and he is very proud to be welcomed into The Rose Garden.

BOOK BLURB    A Wing and a Prayer 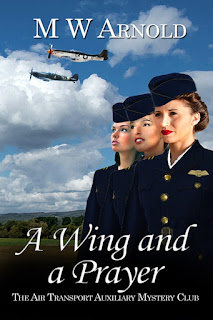 Four ladies of the Air Transport Auxiliary bond over solving the mystery of who was responsible for the death of one’s sister. Battling both internal forces and those of the country’s mutual enemies, the women find that both love and dangers are cousins cut from the same ilk.

This is a sweeping story of love, death and betrayal set against the backdrop of war when ties of friendship are exceptionally strong.

EXTRACT:  A Wing and a Prayer

Mary’s warning was a smidgeon too late. Betty turned her head toward the shout just when she needed to do the exact opposite and keep her eyes on the path.

“Aargh!” cried Betty as she was sent sprawling to the ground.

A loud, angry, “Quack! Quack!” was followed by a flurry of wings and feathers as the slightly stunned duck half flew and half staggered to the sanctuary provided by the river.

“I did tell her to watch out for the duck,” Mary muttered in her own defense as they rushed to help Betty to her feet.

Penny and Doris took an arm each as Mary reached to retrieve Betty’s handbag. It had landed precariously close to the edge of the river, and the dastardly duck was snuffling at it before Mary seized it and handed it back to Betty.

Swiveling, Mary saw a large brown envelope and stooped for it before it could fall into the water. “Got it!” she yelled, waving it in the air. Unfortunately, the envelope being upside down, the contents spilled onto the ground around her, luckily missing going into the river. She bent down to pick them up and was surprised to discover they were all newspaper cuttings.

Updates can be found on: