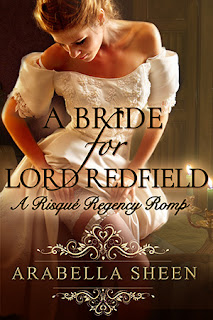 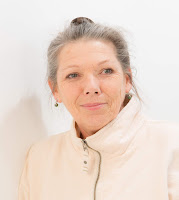 Arabella Sheen is a British author of contemporary romance and likes nothing more than the challenge of starting a new novel with fresh ideas and inspiring characters.
One of the many things Arabella loves to do is to read. And when she’s not researching or writing about romance, she is either on her allotment sowing and planting with the seasons or she is curled on the sofa with a book, while pandering to the demands of her attention seeking cat.
Having lived and worked in the Netherlands as a theatre nurse for nearly twenty years, she now lives in the south west of England with her family.
Arabella hopes her readers have as much pleasure from her romance stories as she has in writing them.
Social Media
Website:  http://www.arabellasheen.co.uk/
Twitter:   http://twitter.com/ArabellaSheen
Facebook Author: https://www.facebook.com/ArabellaSheenAuthor
A Bride for Lord Redfield

Book Blurb: A Bride for Lord Redfield
A risqué regency romp enjoyed by both servants and masters as love and passion is discovered―above and below stairs―in his lordship’s household.
At Redfield House, everyone is busy with preparations for a ball, and rumor is rife in the servants’ quarters that the master is about to propose.
Lord Thomas Redfield realizes the time has come for him to take a wife and that this duty can no longer be delayed. The only trouble is…he isn’t sure the desire he once felt for Catherine, the woman he was previously betrothed to, is over and a new life with Rosalinda can begin.
Can Lord Redfield take Miss Rosalinda Mills for his wife, and will she agree to an engagement knowing he could still be in love with Catherine?
As the weekend unfolds and the fun begins, a bevy of illicit encounters are enjoyed between maids, footmen, grooms, and guests, while his lordship inwardly struggles with the problem of finding a wife.
Content Warning: contains passionate, sensual love scenes
UNIVERSAL BUY LINKS:  https://books2read.com/u/bzvgwD
Amazon UK: https://www.amazon.co.uk/gp/product/B07NZ68XGK?tag=
Amazon US: https://www.amazon.com/gp/product/B07NZ68XGK?tag=
Apple: https://books.apple.com/gb/book/a-bride-for-lord-redfield/id1454008751?mt=11&ign-mpt=uo%3D4
Kobo: https://www.kobo.com/gb/en/ebook/a-bride-for-lord-redfield
Arabella Sheen Website: http://www.arabellasheen.co.uk/