I’m delighted to welcome Alan C. Williams to my blog.

Hello Alan – It was great to connect with you through the Romantic Novelists’ Association and I’m looking forward to reading about some of your writing experiences and secrets. But before we discover more about your latest story, Love in the Golden Sun, here are a few questions that will hopefully give your readers and followers an insight into some of the things that matter to you.

Arabella: When writing a romance are there any key traits, such as virtuously good or shamelessly bad, you like to give your characters?

Alan:  My lead characters are always flawed (as are we all) and even the villains aren’t all bad. Those days of cowboy shows on telly where the heroes wore a white hat and the baddies a black one, are all gone. We are a melange of conflicts and I’m sure that the thought police would have a field day for the number of people I’ve murdered in my mind.

I’m reminded of a quote that the villain sees themselves as a hero in their own story. Obviously, my main characters must grow emotionally in my stories however I pride myself into delving into numerous character traits from phobias, insecurities and dealing with debilitating illnesses as a few examples. 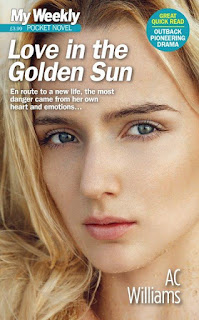 Arabella: A story has a beginning, middle, and an end. When penning your latest release, ‘Love in the Golden Sun’, which part did you find the hardest to write and why?

Alan: It’s a sort of Western– a bushranger epic in the wilds of 19th century western New South Wales. To be fair it was written as a dare – for myself and other author friends who said ‘Why not?’

The hardest bit for me was the climax end, mainly because I had such an outpouring of ideas and dialogue, I couldn’t put it down quickly enough. My memory isn’t great so I can’t rely on it from one day to the next.  It was a lengthy build-up to the ultimate confrontation and realisation of love at the same time.

Alan:  Hate to say it but I’m not a reader these days. I do enjoy novels by my friends Jill Barry, Niddy Reece and Dawn Knox among other My Weekly Pocketeers. I also enjoy Graphic Novels like Sandman by Neil Gaiman – in some ways I’ve never grown out of comics and my writing often reflects the tension and intricate plot-weaving often found in them. My spare time energies go into writing. Maybe sad but I’ve been an avid SF/Fantasy/Thriller reader most of my long life.

Arabella: Thinking and planning ahead… Your aim is to organise a two week holiday for you and your family. Given the possibility of global travel restrictions, do you:

a) Play safe and camp in the back garden?

b) Take the risk and book a hotel room and flight abroad?

c) Find another solution for a relaxing two-week break?

Alan:  Another solution. Hopefully a driving hol to visit family and explore parts of the UK not seen in years (we live in France). Hotels, caravans, holiday apartments; an awfully big adventure. 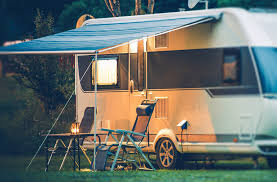 Arabella: As a published author, what advice would you give to someone starting out on their writing journey? In other words, what are the pitfalls a budding novelist should try to avoid?

Alan: Assuming your first production will be a masterpiece and sell to the first company you approach. Rejection is hard but it can be a learning exercise. I was lucky that my editor liked my style otherwise I might not have continued as novelists pour so much of themselves and time to produce a work that may never be read. Self-belief is the key (along with grammar and story-telling skills)

Find a story that excites you and must be told.

Arabella:  You’re outside a florist and can’t resist the temptation to buy… Which floral arrangement do you choose?

Alan: This is a trick question because I’m a guy, right? Nice try, Arabella but I do have an answer. A bouquet of perfumed red roses for my darling wife. Not the plastic sort though (I learnt that the hard way but I still maintain they are a better investment in the long run). 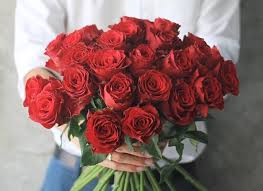 Alan: Loads. Don’t know what yet. Whatever takes my fancy. I usually do a book from inception to final draft in 3 months. Currently working on a fantasy novel about a normal girl who’s a rain-whisperer – based on a short story I sold years ago.  Good ideas can be woven into many different formats and it saves my little brain from becoming too full of different stuff.

Many thanks again for being kind enough to invite me to share my ramblings with your wonderful readers. I love being a writer and following others like me (maybe not so mad). Your blog is a wonderful way to discover the immense talent out there.

Thank you for joining me on Arabella’s Blog and Chit-Chat, Alan. And I hope you have fun on your driving holiday (should you get the chance to cross borders and explore).

All the best for Love in the Golden Sun and wishing you lots of happy-ever-after writing.

Alan is a widely published Australian author, concentrating mainly on women’s magazines where he pushes the boundaries way past ‘boy meets girl’ love stories. He has had over fifty short stories published in Australia’s That’s Life. Since 2012, he’s sold stories published in Ireland, Canada and Britain where he is also a regular contributor to Take a Break magazine.

In the past three years, Alan has chosen to include novels in his writing repertoire, selling, at time of this publication, ten novels set in England, America and Australia. They have been distributed and sold country-wide as paperbacks throughout Britain and Australasia. To date, eight of these are available in libraries worldwide in large print published by Linford Romance.

2021 has seen Alan already with four books lined up for publication and his short story collection ‘The Rain, The Park and Other Things’ by Ginninderra Press in Australia is on sale worldwide.  https://www.amazon.co.uk/Rain-Park-Other-Things/dp/1760418404/ref=sr_1_1?dchild=1&keywords=The+Rain%2C+The+Park+%26+Other+Things&qid=1602168447&s=books&sr=1-1

He had vowed never to write a western but recently ‘accidentally’ wrote Love in the Golden Sun- a bushranger story set in the Australian colonies. It is his tenth My Weekly novel.

His continuing writing story can be found at: 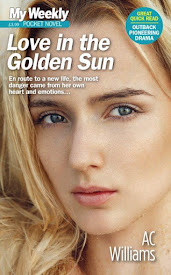 It’s New South Wales 1877. Newly appointed teacher, Grace Stevens, meets the enigmatic bushranger, Major Midnight, on her way to Jerilderie by stagecoach. As well as cash, he steals a kiss from her awaking forbidden passions in the young woman. The adventure that follows reveals shocking secrets about the dashing thief, leading her and the Major in a quest to stop other bushrangers and save her new friends as well as the fledgling colonies of Australia from certain catastrophe.