HER  GREEK  LOVER  by  Arabella Sheen​ ​ 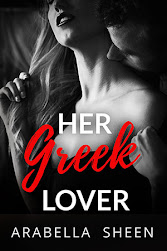 Jason Andre is a successful billionaire architect who thinks he can get what he wants … and that’s Beth. She’s a feisty redheaded landscape designer, and not only does he want her to design a garden for his villa in Greece, he also wants to have her in his bed.Beth Ashton has said “no” to Jason and his proposal has been refused. But when his light aircraft crashes and he loses his sight, she steps in and does exactly what she promised she wouldn’t do … she offers to work for him.Are Beth and Jason destined to love, or are passion and desire the only things to be found at White Island Villa?
​Content Warning: contains sensual love scenes 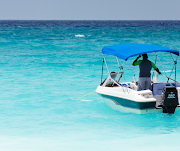 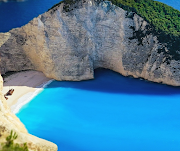 Arabella is a British author of sensual, romantic love stories.

She likes nothing more than the challenge of a blank page, starting a new novel and seeing where the story takes her.

One of the many things Arabella loves to do is to read, and when she’s not reading or writing romance, she is either on her allotment sowing and planting with the seasons, or she is sat on the sofa pandering to the demands of her attention-seeking cat.

Having worked and lived in the city of Amsterdam in the Netherlands for nearly twenty years as a theatre nurse, she now lives in the South West of England with her family.