I’m delighted to welcome Rosie Travers to my blog. 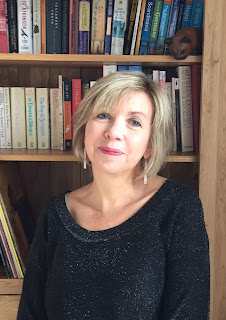 Hello Rosie,
It’s lovely to have you as a guest and I’m eager to discover what someone who writes contemporary commercial women's fiction (with a fair dose of humour) has to share.
Here are a few questions which will hopefully, give your readers an insight into some of the things that matter to you.

Arabella: How did you find your agent or publisher and what are their good points?
Rosie: I found my publisher, Crooked Cat, through researching on social media. The really good thing about Crooked Cat is the wealth of advice and support provided by their community of experienced authors which has been invaluable for a relative newbie like me.

Arabella: Which do you prefer to wear: beach shorts and top, a long evening skirt and blouse, pyjamas and slippers?
Rosie: Definitely beach shorts and a top as that would imply I was on holiday somewhere hot and sunny. I love to travel and was lucky enough to spend three years living in California where it’s almost beach shorts weather all year round! 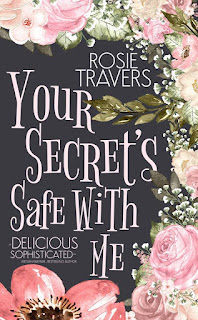 Arabella: Who or what inspired you to write your latest release, Your Secret’s Safe With Me?
Rosie: My second novel, Your Secret’s Safe With Me was released in February this year. It’s a romantic suspense but contains a fair dose of humour. The story evolved from a 300 word competition entry for my local writing society. I liked the dynamic I’d created between my two leading characters and decided to continue their story.

Mother and daughter, Pearl and Becca, have a successful professional working partnership but it’s been very much to the detriment of their personal relationship. When Pearl makes a surprise announcement, Becca’s organised life is thrown into chaos. Inspired by my own local landscape I transported Pearl and Becca from their busy lives in London to the south coast of England. This gave rise to a sub-plot involving some dubious activities on the water, placing them both in danger – adding another element to their already fraught relationship. I’m fascinated by the intricacies of family relationships and wanted to explore the idea of secrets and past misdemeanours coming back to haunt my characters, as well as testing their resilience and resolve to the full.

Arabella: We all have a long list of books we keep meaning to read but never have the time for --- which book is a must read for you this summer?
Rosie: The Labyrinth of The Spirits by Carlos Ruiz Zafon. The Shadow of the Wind is one of my all time favourite books and this, the fourth and final instalment in the series, was my Christmas present from my husband. I hadn’t realised how long it was – 800 pages. That’s something that requires a dedicated amount of reading time so it’s coming on holiday with me this summer.

Arabella: If you could choose, which would it be: A walk in the woods, a walk along a beach front to dip your toes in the sea, or a day shopping for clothes?
Rosie: It goes without saying – the beach. I grew up on the south coast of England and feel a great affinity with the sea. I very much believe in its restorative powers, whether its waves crashing onto the shore on a blustery day to blow away the cobwebs or calm waters on a tranquil sandy beach to relax and unwind. I tend to become quite anxious if I’m away from the coast for too long!

Arabella: Where do you read? Sofa or bed or ____?
Rosie: Generally in bed – sadly for about 10 minutes each night before I fall asleep. I rarely read during the day – unless I’m on holiday and then I will read for hours on end – sheer indulgence.

Arabella: What about your future plans? Any books or series in the making?
Rosie: I’ve just started on a third novel but it’s very much in its infancy. It’s currently a comedy about the search to recover a family heirloom, although as I’m a total pantster, that could all change.

Arabella: What advice would you give to someone who is starting out on their writing journey?
Rosie: Join a writing group!  Writing is an isolating occupation but a support network is vital. Only other writers understand the agonies and ecstasies of writing. If you can join a professional body even better - I was lucky enough to join the Romantic Novelists Association New Writers Scheme. There is a great writing community out there.

Thank you for joining me on Arabella’s Blog and Chit-Chat, Rosie. Your latest book sounds fascinating and I’m sure your readers can’t wait to discover how mother and daughter, Pearl and Becca’s relationship develops.
And from me personally, congratulations on graduating from the RNA-NWS to becoming a Full Member. Well done!
Best wishes and lots of happy-ever-after writing.

About Rosie Travers
I grew up on the south coast of England and after initially training as a secretary I juggled a career in local government with raising my family.  I moved to Southern California with my husband in 2009 and began a blog about my somewhat surreal life as an ex-pat wife in LA which re-kindled a teenage desire to become a writer. On my return to the UK I took a part-time course in creative writing and following some success in short story competitions, I joined the Romantic Novelists Association New Writers’ Scheme. My debut novel, The Theatre of Dreams, a romantic comedy about an elaborate plot to restore a seaside pavilion, was accepted for publication by Crooked Cat Books and officially launched on in August 2018. My second book, Your Secret’s Safe With Me, was published in February 2019.

Your Secret’s Safe With Me - Blurb
Career girl Becca Gates’ organised life is thrown into chaos when her mother, romantic novelist Pearl, announces her surprise engagement to Jack, a man she has only just met.
Worse news follows when Pearl tells Becca she intends to leave London, quit writing, and retire to her new fiance’s idyllic waterside home on the south coast. Becca is determined to prevent Pearl from making a disastrous mistake, but when she arrives at Rivermede, more shocks await when she stumbles upon a familiar yet unwelcome face from her past.
As Pearl embraces her new life amongst the local sailing fraternity, Becca receives a grim warning that all is not as calm as it seems at picturesque Rivermede, and if she wants to keep her family safe, she should keep them away.
But why should Becca trust the man who has betrayed her before, the man who broke her heart, the man who thinks he knows all her secrets?