I’m delighted to welcome Melissa Oliver to the blog.

Hello Melissa – It was lovely to connect with you through the Romantic Novelists’ Association and I’m looking forward to reading about your writing experiences. But before you tell us about your debut release, The Rebel Heiress and the Knight, here are a few questions which will hopefully give your readers and followers an insight into some of the things that matter to you.

Arabella: Authors can release books, making them available to readers in various ways…via an agent, or working directly with a traditional publisher, or they can even go the self-publishing route. Which method of publishing do you prefer, and why?
Melissa: I know there are many routes into publishing but as a new author, the support and backing of a big publisher such as Harlequin Mills and Boon is incredibly important for me to establish a long-term career as a writer.

Arabella: A slice of Chocolate Cake, a piece of Fruit, or Burger and Fries?
Melissa: Ooh that’s hard… It would definitely be out of chocolate cake or fruit. (Not bothered by the burger and chips as I don’t eat red-meat!) Okay, I’m going to go with the fruit, only because it would make me feel a little virtuous and smug. In reality though, I KNOW I’d reach for that cake! 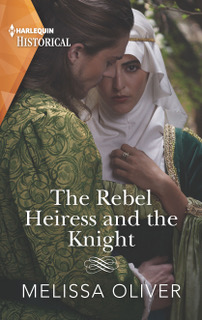 Arabella: Who or what inspired you to write your debut - The Rebel Heiress and the Knight?
Melissa: I knew I wanted to write a medieval romance, set against a back-drop of real historical events- and the spring of 1215 certainly had that.
With bitter divisions between King John and the Barons; civil unrest and lawlessness- the country was on the brink of civil war. Strangely enough; Brexit- which polarised opinions and divided the country recently, actually helped in understanding the depth of anger and frustration that people must have felt at that time.
Against all this, I had this remarkable heroine who had been abused in her first marriage but decided to use that experience for a force of good. She’s quite empowering really and yes women like Eleanor Tallany really did exist at that time. The hero and heroine had sparks of attraction almost from the outset but they had to overcome standing on opposing lines when it came to the Baron’s conflict. At the heart of this are two people who are drawn together, despite their differences and their difficulty to trust. In terms of themes, there’s a nod to the legend of Robin Hood, which some historians believe, took its inspiration from the real-life story of Fulk FitzWarin III.

Arabella: If the person of your dreams, (husband/wife/partner/or superstar), were to take you out for the night, where would they take you and what would you do?
Melissa: I would definitely have a date-night with my husband, Jack as he always makes me laugh and we don’t often get to go out, just the two of us. We’d get dressed up to go for dinner, then to the theatre and finish with a cocktail or two. I’m flexible and that can be any which way around.

Arabella: Currently, what is your most favourite T.V. programme, and why?
Melissa: I’m ploughing my way through, The Last Kingdom (series 4) and Medici (season 3) on Netflix. Both historical, both thrilling- on the edge of your seat kind of T.V. They both mix real historical events with a fictional narrative to thread together. (especially in the case of The Last Kingdom- which was adapted from Bernard Cornwell’s books.)

Arabella: When writing a book or chapter, which do you concentrate on first: plot, character, or setting?
Melissa: They all seem to go hand in hand for me. I think characters, initially as I really like to get to know and understand them. Then plots that weave the intricacies of the story together with a realistic, tangible world that the characters inhabit. It has to be said that these are subject to change and tweak once I sit down at my lap-top to begin writing. I’m a plotter with a massive dollop of pantser thrown in for good measure!

Arabella: How do you research your novels and characters?
Melissa: I like to do character profiles that essentially informs both their internal and external conflicts. It goes beyond just their physical attributes and gives me a sense of who my characters are and what it is that they want, in the context of the world they live in.
For a more detailed research in the time-line I’m writing, I’d use historical articles, references and books. For instance, if I had to look at progeny and inheritance in regard to women, or specific events, I’d have to fact-check information to make sure I have things as accurate as possible, (which isn’t always easy to find for the early 13th century.)

Arabella: What advice would you give to someone who is starting out on their writing journey?
Melissa: Perseverance, resilience and self-belief are so important, despite the fact most writers suffer from imposter syndrome, at one time or another. You’ve probably heard this before but there are very few writers out there who haven’t experienced rejection so learn from it, appreciate that it’s painful and then pick yourself up and keep going. There are so many reasons for a rejection- either your work is the wrong fit for the publisher/ agent or they’ve just signed someone who has a similar voice/ story to you. Or possibly that you need to keep working on your craft.
So, join writers’ group, book club and have your work read and critiqued on schemes such as the excellent- New Writer’s Scheme run by the RNA. Be patient and continue to keep learning and honing your writing skills. The important thing is that if this is what you want to do, then don’t give up!

Thank you for joining me on Arabella’s Blog and Chit-Chat, Melissa. Your words about ‘continue to keep learning and honing your writing skills’ hit home. There is always something new for an author to learn.
Best wishes for your debut, The Rebel Heiress and the Knight
Arabella
www.arabellasheen.co.uk

Melissa Oliver is from south-west London where she writes historical romance novels. She lives with her gorgeous husband and equally gorgeous daughters, who share her passion for decrepit, old castles, grand palaces and all things historical. When she's not writing she loves to travel for inspiration, paint, and visit museums & art galleries.'

Book Blurb    The Rebel Heiress and the Knight 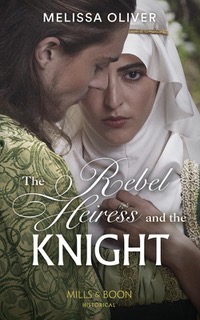 Widow Eleanor of Tallany Castle knows her people are broken by the taxes demanded by King John. So when she’s ordered to marry Hugh de Villiers, a knight loyal to the king, she’s furious—even if he is handsome! As gallant Hugh begins to heal the scars of Eleanor’s abusive first marriage, she’s even more determined to keep her secret: she is the outlaw the king wants to send to the gallows!