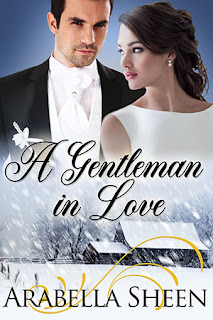 A Christmas wedding and a growing passion. Will a political scandal destroy their love?

Desperate to exonerate her family name of any wrongdoing, Shelby Chesterfield gate-crashes the Foreign Office Christmas party to ask her father’s accuser for help. When Ambassador Samuel Hardwick refuses to cooperate, Shelby is determined to ruin his diplomatic career any way she can, and a chance to do so arrives sooner than she expected.

Caught in a passionate embrace, Shelby puts Sam on the spot and tells journalists they’re engaged. But her plan backfires when Sam turns the tables on her.

Sam wants no commitment to anything or anyone except his career. But when his best friends are killed in a violent terrorist attack, leaving their daughter orphaned and in his care, he has the daunting task of finding a wife and substitute mother, or he will risk losing his newly acquired ward into the foster care system. With time running out, when Shelby asks for help to clear her father’s name in a political scandal, Sam offers support in exchange for a Christmas wedding.

The trouble is…Shelby knows about his ongoing affair with Lady Donna Ruston.

Can Shelby and Sam work together to achieve their goals, or is their winter romance fated to fail before it’s begun?

Shelby Chesterfield was familiar with the layout of the building. She had been to the Foreign Office many times before, but this time was different. This time she wasn’t there to see her father, and she didn’t have an invitation.

It had been a while since Shelby had stepped through the tall, oak doors of the Foreign Office, but the place was just as imposing as she remembered. Dark wood paneling, thick pile carpets, and gleaming brass fittings were everywhere. Looking around, she felt intimidated by the grandeur of her surroundings, but the building spoke of refinement, tradition, and history.

Lifting the long, billowing skirts of her black Dior evening gown, she climbed the imposing marble stairway to the second level and walked toward the visitor’s cloakroom where she left her floor-length coat. Taking a steadying breath, Shelby studied the reception area.

The cloakroom was crowded, and the place was buzzing with noise and laughter as friends were recognized and greeted. It was past eight o’clock, and although people were still arriving, Shelby had yet to find the person she was searching for.

Holding her clutch bag firmly in her hands, she bravely passed a security guard, and unimpeded, she moved through an arched doorway and entered a stately reception area.

Shelby was on the warpath. She was at the Foreign Office for one purpose and one purpose only. She wanted justice for her father. And if she couldn’t get that, then she was prepared to ruin Sam Hardwick any way she could.

Ready to face the consequences of her actions, she was willing to do almost anything to achieve the goal she so desperately desired. And if need be, she was prepared to tarnish Sam’s name in the same way her father’s name had been blackened and disgraced beyond redemption.

Excitement filled the air. Tonight was a formal affair, and as tradition and custom dictated, black ties and ball gowns were to be worn for the Christmas party. The men were attired in tuxedos while the women, dressed to impress, were wearing long, elegant, flowing gowns, with glistening jewels shimmering about their persons.

Overhead, crystal chandeliers were sparkling brightly, and Christmas tinsel trimmings were cascading down from the high, ornate ceiling. A fir tree, with tree lights and red ribbon packages, was strategically positioned in the corner of the room, and that evening, there was a sense of rich, festive lavishness about the place.

Surveying the room, Shelby estimated there were upward of three hundred guests present, if not more, yet the one person she’d expected to see was missing from the crowd…and then she saw him.

Sam Hardwick, the ambassador, based at the United Kingdom Embassy in Washington, DC, was standing at the bar with a drink in his hand. Surrounded by a group of affluent-looking people, he was deep in conversation with a stunningly beautiful woman, and Shelby could see quite clearly that the woman was none other than Lady Donna Ruston. Sam had a fixed smile on his face and appeared to be enjoying himself.

Sam Hardwick was the type of man you couldn’t miss. He was utterly gorgeous. His height and broad shoulders drew the eye, and then there was his elusive aura of power and authority that always captured people’s attention. Men envied his commanding presence, while women…well, they were usually after only one thing, and that was Sam.

Against her better judgement, Shelby had to admit Sam was sex on legs. And purely on the physical level, just the sight of him had her body reacting. She couldn’t help it. Whenever she saw him, her stomach flipped and her heart gave that extra beat.

But tonight, the shockwaves of excitement running through her lasted only briefly. As the memory of what he had done came flooding back, she knew that deep down inside, she hadn’t, and she couldn’t, forgive him…not yet. The respect and admiration she’d once felt for Sam had gone, and in its place, a cold, icy hatred had taken over. 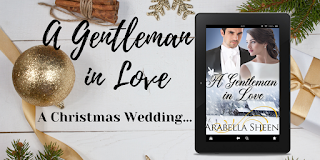 Arabella Sheen is a British author of contemporary romance and likes nothing more than the challenge of starting a new novel with fresh ideas and inspiring characters.
One of the many things Arabella loves to do is to read. And when she’s not researching or writing about romance, she is either on her allotment sowing and planting with the seasons or she is curled on the sofa with a book, while pandering to the demands of her attention-seeking cat.
Having lived and worked in the Netherlands as a theatre nurse for nearly twenty years, she now lives in the south-west of England with her family.
Arabella hopes her readers have as much pleasure from her romance stories as she has in writing them.
Social Media
Website: http://www.arabellasheen.co.uk/
Twitter:  http://twitter.com/ArabellaSheen
Facebook Author: https://www.facebook.com/ArabellaSheenAuthor
Newsletter: http://www.arabellasheen.co.uk/newsletter.html
at October 04, 2020