I’m delighted to welcome Maggie Richell-Davies to my blog. 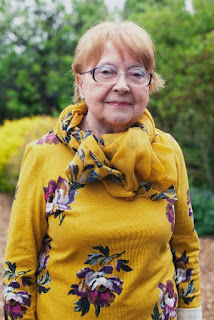 Hello Maggie – And thank you for joining me on Arabella’s Blog and Chit-Chat today. It was lovely to connect with you through the Romantic Novelists’ Association and as a recently published author and new RNA member; I trust you're finding your feet in the world of publishing. But before we discover more about your latest release, The Servant, here are a few questions which will hopefully give your readers and followers an insight into some of the things that matter to you.

Arabella: When writing a novel, are there any key traits such as virtuously good or shamelessly bad, you like to give your characters?

Maggie: Nobody is drawn to a bland leading character, so I want all my heroines and heroes to have flaws. At fourteen, I had palpitations over Ashley Wilkes in Gone With the Wind – however, when I matured and knew a thing or two about life, it was the reprobate Rhett Butler who made my pulse race.

In my own book, The Servant, all the men have issues. My gentleman farmer is angry and grieving over the death of his wife and twin sons. Jack, the handsome apprentice came under the influence of a venal uncle after his father’s death blighted his prospects. My aristocratic villain lost out on an inheritance by being the second born of twins.

My young heroine struggles with a series of adversities, from loss of status, to ill-treatment, to a horrendous physical attack which undermines her trust in men, and threatens her chance of happiness in love.

A stressed character is unpredictable, which keeps the reader guessing and makes for more of a page-turner. 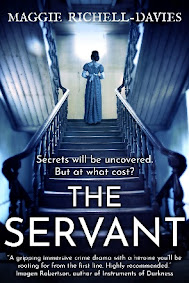 Arabella: A book has a beginning, middle and an end. When penning The Servant, which part did you find the hardest to write, and why?

Maggie: I knew the dangers to which my young heroine would be exposed and chose to put her in peril from the outset, wanting my reader not only empathise with Hannah’s plight, but to be on the edge of their seat. Could she win through against such odds – and, if so, how?

To retain pace, I kept the middle chapters short and dramatic, with the thriller element woven around a will-they, won’t-they love story.

Writing the end was the tough part. The road was a difficult one for Hannah and she needed all her strength of character to come through. Both I and my invaluable writing group friends felt she deserved a triumphant, logical and happy conclusion. I hope that I managed to provide this – and would love to know if my readers think I succeeded.

Arabella: We all have a long list of books we keep meaning to read, but never have the time for – which book is a must-read for you this season?

Maggie: Back in the summer I saw an on-line interview with Maggie O’Farrell, whose books I have always admired. Hearing about the writing of Hamnet, her award-winning story of how the tragic loss of his eleven-year-old son from the plague influenced Shakespeare’s subsequent life and writing, I knew I had to read it. Her description of needing to hide herself away in her children’s Wendy House to tackle an emotionally-fraught scene really resonated. Especially when she said she took her cat with her, for non-judgemental company. However, writers must ration their own reading or make no progress with that important next book. For this reason I am saving Hamnet for the long dark evenings of autumn.

Arabella: A choice of chocolate cake, a piece of fruit, or burger and fries?

Maggie: Since we’re in the realms of fantasy here, it must be a ladylike slice of chocolate fudge cake, served on a Royal Worcester porcelain plate and eaten with a silver pastry fork so I can pretend to be a character in a historical novel. And if I could toy with my treat while Rhett Butler sits on one side of me, and Darcy on the other, that would be absolute heaven. 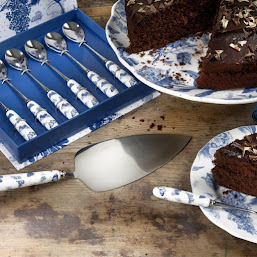 Arabella: What advice would you give to someone starting out on their writing journey?

Maggie: Join a writing group, perhaps – in current circumstances – one that meets on-line. It is a challenge to see flaws in one’s own work, but if several people in a group suggest you are heading in the wrong direction, that is a valuable signal for a re-think.

In addition, join the wonderful RNA New Writers Scheme: I am convinced that doing so helped me win my Historical Writers’ Association Award. As long as your book includes a strong love element, you will qualify.

This wonderfully supportive organisation has also launched its own on-line learning programme as part of its sixtieth diamond anniversary celebrations. Do hunt down details from their informative website: romanticnovelistsassociation.org

Maggie: I have a particular interest in the position of women in the eighteenth century and last year unearthed research which set a plot rattling around in my brain. It doesn’t even have a final title, but will hopefully reach 100,000 words before the New Year.

Thank you for joining me on Arabella’s Blog and Chit-Chat, Maggie. I think what I will take away with me from our ‘virtual’ chat is the fact you like your men ‘Rough’ (Rhett Butler) and ‘Smooth’ (Mr. Darcy).

Wishing you all the best for your release, The Servant, and lots more happy-ever-after historical writing. 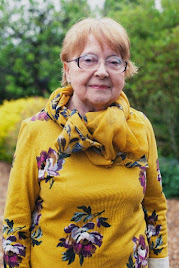 Born on the north-east coast of England, Maggie lived in Peru, Africa and the United States while married to her first husband, a civil engineer working for the United Nations.

Now living in Royal Tunbridge Wells, she has a first class honours degree from the Open University and won the Historical Writers’ Association 2020 Unpublished Novel Award this spring with her debut novel, The Servant, together with a publishing contract from Sharpe Books. 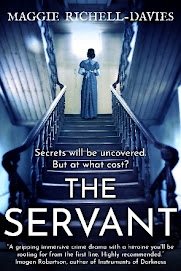 Young Hannah Hubert may be the granddaughter of a French merchant and the daughter of a Spitalfields silk weaver, but she has come down in the world.

Sent as maidservant to a disgraced aristocrat, she finds herself in a house of mysteries, with a locked room and auctions being held behind closed doors.

However - unknown to her employers - she can read. But it is when she uses her education to uncover the secrets of the house that she realises the peril she is in.