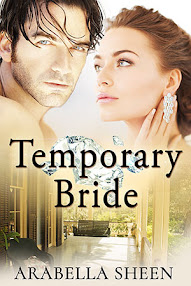 About Arabella Sheen
Arabella Sheen is a British author of contemporary romance and likes nothing more than the challenge of starting a new novel with fresh ideas and inspiring characters.
One of the many things Arabella loves to do is to read. And when she’s not researching or writing about romance, she is either on her allotment sowing and planting with the seasons or she is curled on the sofa with a book, while pandering to the demands of her attention-seeking cat.
Having lived and worked in the Netherlands as a theatre nurse for nearly twenty years, she now lives in the south-west of England with her family.
Arabella hopes her readers have as much pleasure from her romance stories as she has in writing them.
Social Media
Website: http://www.arabellasheen.co.uk/
Twitter:  http://twitter.com/ArabellaSheen
Facebook Author: https://www.facebook.com/ArabellaSheenAuthor
BOOK BLURB:
Max Jordan is one of America’s most powerful, leading corporate lawyers. He is also the major stockholder and head of the billion-dollar corporation - Jordan Diamond Empire.
Max must marry soon to keep the business safe and the company secure from a takeover.
Returning to England in search of the only woman he knows and trusts to help him in his moment of need - he tracks Amy down and asks her to marry him.
Amy Denver wants nothing to do with Max Jordan...and she certainly wants nothing to do with his marriage proposal. Five painful years have passed since Max disappeared from her life and a lot has happened to her in between. Amy has a secret she’d rather he didn’t discover. Her secret is Jake...their son. Once again Amy finds herself surrendering to Max and his demands as he whisks her and Jake off to Waterfront, his private, secluded home in the Hamptons.
BUY LINKS:
Website: http://www.arabellasheen.co.uk/temporary-bride.html
books2read: https://books2read.com/u/4XZL86
Amazon UK: https://www.amazon.co.uk/gp/product/B00BT30FXO?tag=
Amazon US: https://www.amazon.com/gp/product/B00BT30FXO?tag=
Apple: https://books.apple.com/gb/book/temporary-bride/id615112868?mt=11&ign-mpt=uo%3D4
Smashwords: https://www.smashwords.com/books/view/291235?ref=draft2digital
Arabella Sheen  http://arabellasheen.co.uk