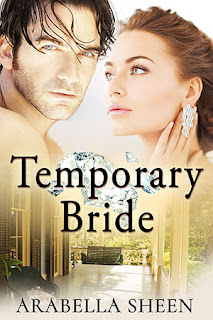 Amy Denver wants nothing to do with Max Jordan...and she certainly wants nothing to do with his marriage proposal. Five painful years have passed since Max disappeared from her life and a lot has happened to her in between. Amy has a secret she’d rather he didn’t discover. Her secret is Jake...their son. Once again Amy finds herself surrendering to Max and his demands as he whisks her and Jake off to Waterfront, his private, secluded home in the Hamptons.

Dawn was breaking on the horizon of the London skyline as Max Jordan, head and company director of Jordan Diamond Empire, flew into Heathrow airport in his private jet.
It had been a long, arduous North Atlantic flight but Max had spent his hours in the air lucratively. During the flight, he had been fighting a mid-air battle using his laptop and he had won a diamond laser contract for his company worth billions of dollars. All that remained to be done was for him to fly to Japan and finalise the deal with a face-to-face handshake and a signature on the dotted line.
Looking at Max, no one would guess he hadn’t slept in nearly twenty-four hours. Having had a quick shower on the plane and changed into one of his many handmade suits, he looked as fleshly groomed and as sleek as he had hours earlier when he’d boarded the luxury jet in New York.
Tall, tanned and dynamic, Max could be described as sex on legs.
Ploughing his way through the VIP lounge to the waiting limousine outside, all eyes turned in his direction. Chic, stylishly-beautiful women followed him with desire in their eyes, while waiting businessmen revealed a flash of envy as he passed. But Max was oblivious to all their stares. He was a man on a mission and time was of the essence.
The door to the limousine was being held open in readiness for him and, without ceremony, Max sped passed the onlookers and climbed into the back seat. Pulling away from the airport the chauffeur looked in the driving mirror and asked, “Where to Mr Jordan? Your hotel or the office?”
“Office please,” Max replied. He then proceeded to indulge in a luxury he never normally found time for…he sat back and let himself experience the ride.
The laptop and briefcase he had brought along with him lay unnoticed and forgotten on the seat beside him and, as he sat back looking out of the window watching familiar landmarks go by, he felt a pang of nostalgia for the old times.
After five years of absence from the city, he was once more back in London and vivid memories of happier times came flooding back. It had been a carefree period in his life when he could do exactly as he wished. Now things were different. He had responsibilities.
Max still called the shots and had ultimate power and control of the business, but in some things, his hands were bound and tied.
Often he felt the weight of his obligations heavy on his shoulders, and that was one of the reasons he was here today in London.
He was here to perform a duty…his duty.
He needed a wife and he knew what he had to do.
Max had returned to England to find and marry Amy Denver.